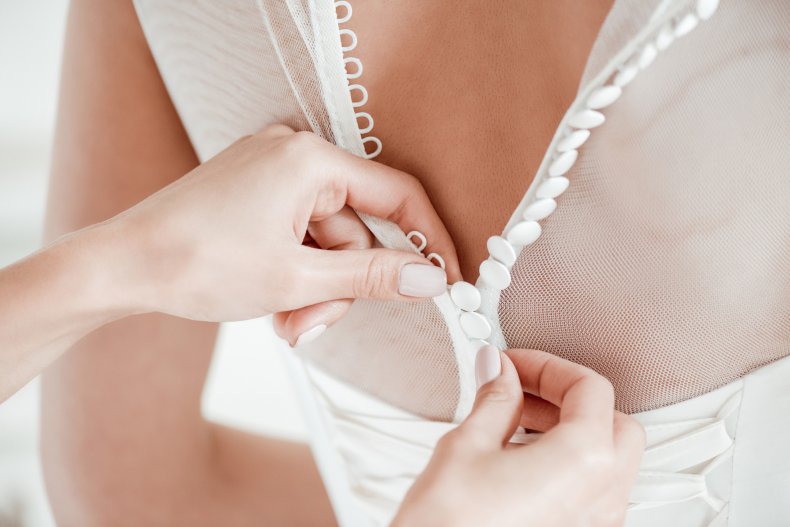 A wedding dress store and a family needed to work together to get a bride a new wedding dress after her grandmother was accidentally buried in the bride’s gown, as explained in a series of viral TikTok videos.

The clips were shared to the account @kasias_bridal by the owner of the store, Kasia Pierga, who noted that the couple has since gotten married. She explained in the first video, which was viewed nearly 5 million times, that she received a call from the groom who frantically called about reordering his bride’s custom-made wedding gown just a few months away from the wedding day.

He told her that a mixup led to the bride’s grandmother getting buried in the bride’s wedding dress. However, the bridal shop and the family were in for a challenge when they weren’t able to get her dress in on time due to time constraints.

The Knot recommended brides should start trying on dresses about a year before their wedding.

With the average engagement lasting about 14 months, brides are encouraged to buy their dress between eight and 10 months before the wedding.

“This leaves enough time for your wedding dress to be made to your measurements, shipped to your bridal salon and sent to the tailor for alterations,” the piece stated.

Pierga said the groom called to reorder the gown just a few months out from the wedding, and alterations were not an option for the first dress.

After calling the manufacturer, Pierga said she was advised that whether the dress could come in on time was dependent on whether the factory could get it to them because there were customizations.

She called the groom and spoke with him and the bride’s brother, which was when she learned where the dress was.

The bride’s brother explained that the bride left the gown in her mother’s closet for safekeeping.

Their grandmother had recently died, and one of her requests was to be buried in her own wedding dress.

The bride’s brother and future husband were asked to get the wedding dress from the bride’s mother’s closet, but they grabbed the bride’s dress in its garment bag, rather than the grandmother’s dress that was stored in a box.

Pierga shared a second video that has been viewed more than 1 million times to continue the explanation of what happened.

She explained that it was a closed-casket ceremony and no one saw what she was wearing when she was buried.

“So, now we’re on this mad hunt to get this dress because bride does not know this dress is buried six feet under with grandma,” Pierga said.

After Pierga learned of what happened to the dress, she told Newsweek she stopped breathing for a moment.

“It was an incident no one could see coming,” she said.

Viewers were shocked by the story.

“Oh my god they didn’t,” a viewer wrote.

“Me thinking he’s freaking out [because] he just accidentally saw the dress before the day…I wish it was just that,” another commented.

One TikTok user sympathized with the groom.

“He was just trying to help, made a mistake, and now he’s doing everything he can do to help again,” they wrote.

Some suggested that the bride should wear her grandmother’s wedding dress instead.

A viewer who said they previously worked as a funeral director said it is not uncommon for people to be buried with special items belonging to other loved ones.

After the first two videos went viral, Pierga shared a third video, which was when she noted that the events had previously taken place and there was a happy ending for the bride.

The designer told Pierga they weren’t able to get the customized dress for the bride in time for the wedding, and the family got on a conference call with Pierga to discuss the next steps.

While she outlined some possibilities, Pierga warned them that it was likely that the bride would find out that the dress she wore on her wedding day was not the original dress she ordered.

“So, they made the executive decision to actually come clean, which I’m glad they decided to do that,” Pierga said.

She told Newsweek everyone was working to find a solution before telling the bride what happened because they did not know how she would react.

As it turned out, the bride was in need of a dress in a larger size because she discovered she was pregnant.

Pierga also noted that the bride told her that her grandmother wanted to see her get married in a more traditional style gown as opposed to the mermaid-style dress that she first purchased.

“The fact that the dress went down with grandma was just like her saying, ‘No, I’m going to take it with me, you don’t need this dress,’ is what the bride kept saying,” Pierga said in a fourth video.

Though a stressful situation, she said the bride was easygoing and managed to find a dress in time.

“I’m so glad this ended up being a happy ending and that she wasn’t upset by the situation,” Pierga said. “Kudos to her for being an easygoing bride and understanding the situation.”

The second dress that the bride ultimately wore had some similarities to her first gown, but it was a different silhouette.

“She was cool as a cucumber that day,” Pierga said. “She had some dresses in mind to try on.”

She explained that she pulled some dresses and the bride tried on four gowns and walked out with one after buying it off the rack.

TikTok viewers who followed the saga were relieved to learn that there was a positive outcome.

“This has been the wildest ride about a wedding dress,” a viewer commented.

“This is a phenomenal story!” another TikTok user wrote. “I really admire your dedication and professionalism!”

Looking back on the incident, Pierga said this showed couples planning a wedding should be open-minded and ready with a backup plan in the event that something unexpected happens.

There have been other wedding moments that have gone viral.

A proposal went viral after a Disney employee was seen interrupting the moment to direct the man to propose in a different location.

Another proposal went viral, though it melted viewers’ hearts because of its inspiration drawn from the 1999 movie 10 Things I Hate About You.

A video showing the dance routine between a bride and her father also went viral on TikTok. 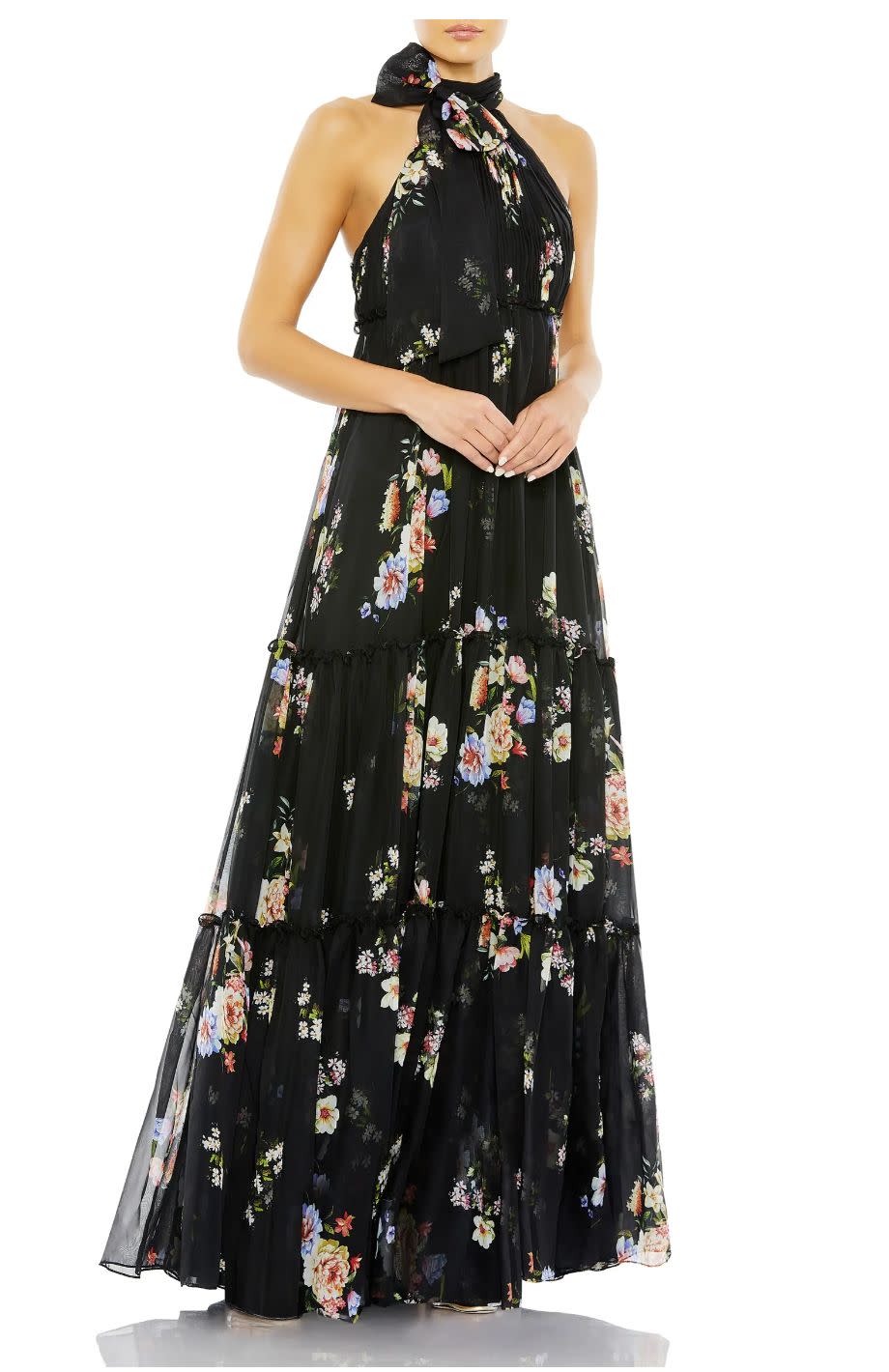 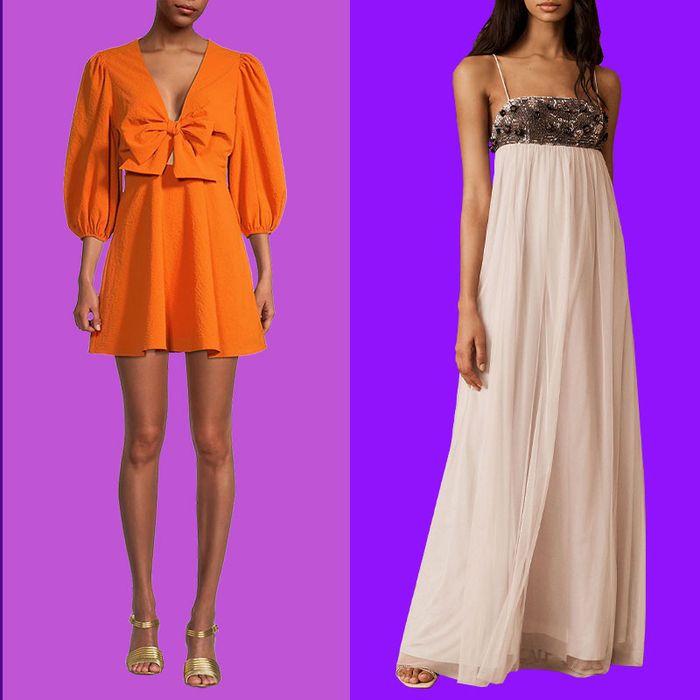